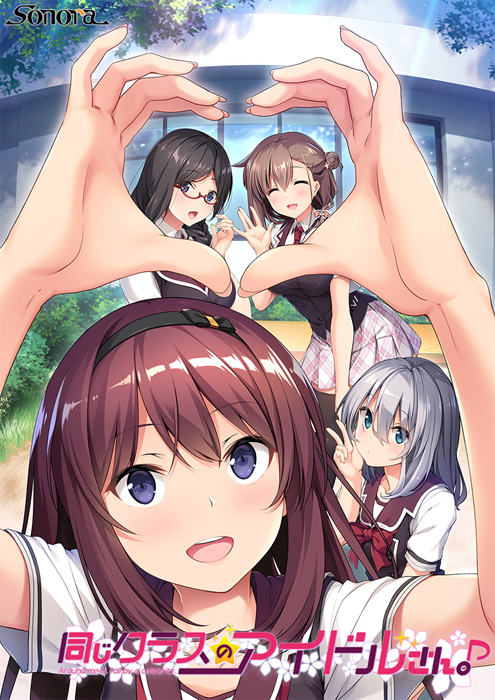 Kentarou’s childhood friend Akari transferred schools a few years ago and they haven’t much contact since. One day, it was decided that he’ll live with his grandfather due to his father’s job transfer. When he arrived at the house, he saw Akari for the first time in a few years. She had enrolled in the celebrity course at Itsuko Gakuen and was living at his grandfather and the board chairman’s house, which had recently been converted to a student dormitory.

Then he was surprised once more when he was told that he would be part of this new curriculum starting the next day. They were lacking students since many had quit due to the rigours of the program, so he reluctantly agreed to participate for a year. He was unfamiliar with the specialized classes, but managed to get by with help from Akari, aspiring singer Ei and his other childhood friend Wako, who decided to join to stay by his side.

It’s a lot of hard work preparing the stage for the trio. What does the future hold for them?