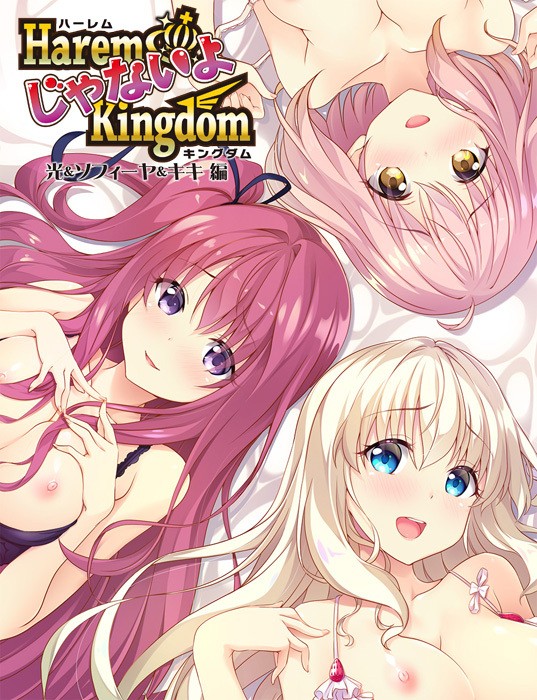 Now a 1:1 romance in the present day! It’s not a harem, Kingdom!

The Hikari Story “What I’ve been holding back for so long I couldn’t do
Finally, she married Hikaru, and everyone was living a smooth sailing harem.
However, as Hikaru’s childhood friend, he has even more ambitions.
‘More straightforward! I want to treat the light like a girl more than ever!”
In order to realize such an ambition, the protagonist and Hikaru are forced to return to Japan in a hurry by Melodia’s power.
Alone with nowhere to run, the hero finally challenges Hikaru to a head-to-head battle as a man!

The Sofia Story “Equal Couple
One late night, the two escape from the castle and have sex in the church.
However, they are suddenly transported to Japan due to a runaway accident of the foundation stone.
The protagonist hides Sofiya from her mother because of the sudden turn of events!
But when Sofya is locked in her room, she has to sneak away to go to the bathroom!
The urge to urinate and the stealthy action now triggers more buckle comedy…!

Quixtree, “The Moment You Get a Woman’s Heart
Kiki has decided to graduate from the relationship with her master and her maid, and is striving to make the relationship more like that of a married couple.
First, Kiki quit her job as a master and began training from the basics with “Ah-tah-tah.
At first, Kiki struggles to get it right, but as she awakens as a wife, she begins to
Before you know it, the main character is getting more and more nervous about Kiki…!
The protagonist blushes again and again today at the side of her womanhood that hides behind her smile!