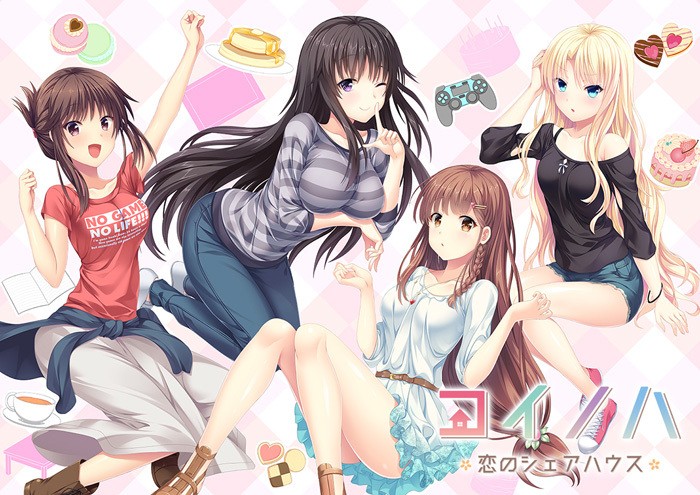 The protagonist, Iori Kosaka, has never had a girlfriend or even a friend before because of her small-mindedness.
In an attempt to improve his situation, he chooses a distant school to renew his relationships.

The first thing he does is to train his communication skills with people who share his interests.
He decided to live in a share house where game lovers were required to move in.
If he could train here, he was sure he could even get a girlfriend. That’s what I believed.

Not to mention the school life that was about to begin (which was going to go well).
I had high hopes for the school life that was about to begin, as well as for the shared life that was to follow.
Meeting people with similar interests. And an opponent who was always nearby.
A theory that I could talk about to my heart’s content.
He is excited about these things and opens the door with eyes full of hope.
However, what the hero sees is something else.
But what the hero saw were the beautiful women he was going to meet after gaining experience and improving his level.