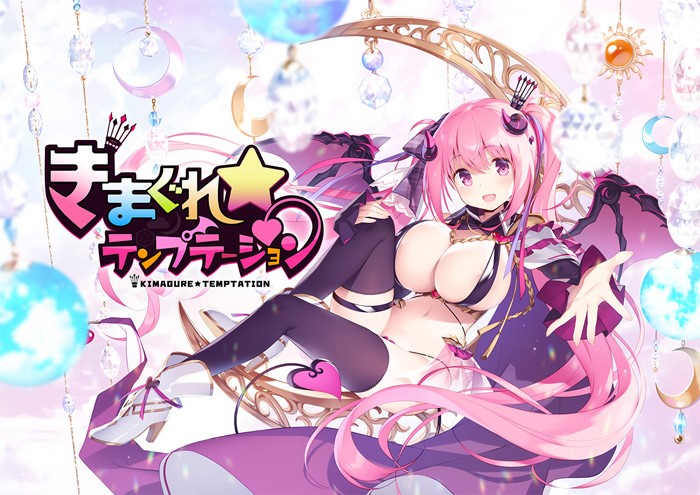 There was an extremely baffling incident at a certain apartment building where all four of its residents were found deceased, with their stomaches cut open and internal organs removed. The dense miasma in the building suggested that there was a spiritual influence behind it all. Since the police was swamped with cases, the young onmyouji Haruhisa was instead dispatched to conduct the investigation.

At the same time, the demon Anneliese arrived from England to partake in the otaku culture that she admired, and agreed to help him in exchange for permission to stay permanently in Japan. However, she was more interested in his lower half than solving the case. Her fierce advances made him feel uneasy due to his lack of experience with women.

Thus begins a cohabitation life in a cursed apartment between an onmyouji seeking to solve a mystery and a demon who just wants to make out with him. Will Haruhisa be able to shake free from the temptation or give in readily to it?