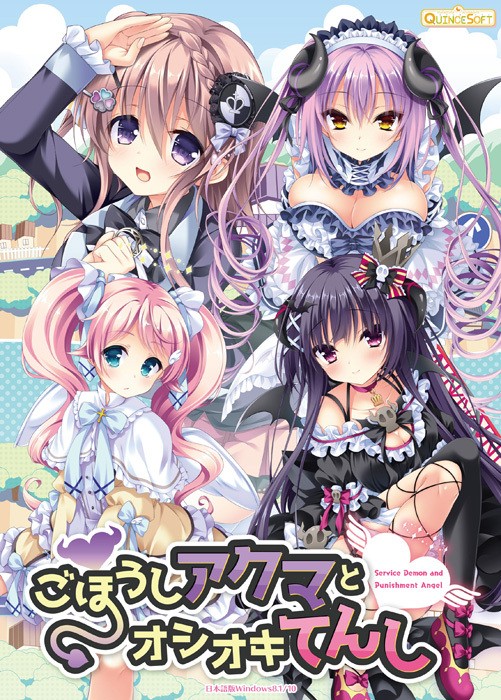 A world not too far from now.
In this world, apart from the human world where people live, there existed a heavenly world and a demon world.
People live peacefully without knowing about such things.

–But as ordinary students, they can’t do anything about it.
Today, the two go to the familiar Haguro Shrine to pray.

Suddenly, they are surrounded by a bright light.
The next thing you know, there are three girls in strange outfits in front of you!

Will their interaction with these sudden visitors go well?