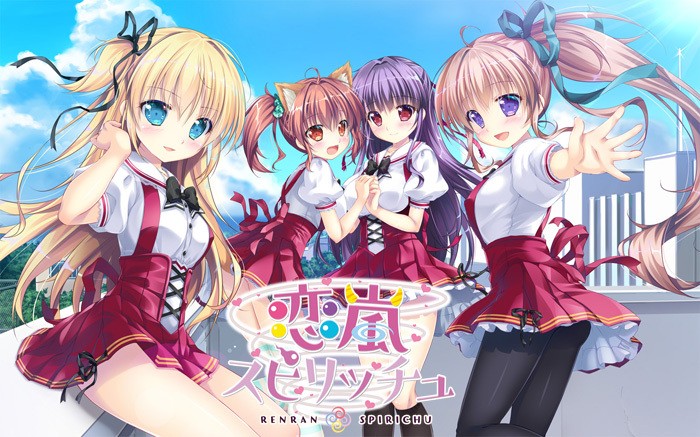 A new school building was constructed for the centenary of a famous private humanities school. However, it was soon besieged by many strange incidents attributed to spirits, such as ghosts uploading selfies of themselves by the pool on social networks or anatomical models using their organs to masturbate. Most of these only caused slight distress to the students and teachers, but the administration was concerned about the problem of rooms which would trap people until they had sex. They would not permit illicit sexual relationships on school grounds at any time, and tasked the student council to deal with the issue.

As the head of the student council, Muneyoshi enlisted the help of exorcists, who came in the middle of the moon-lit night. The two girls were cute and childlike, but with large bosoms on their tiny frame.

“Spiritual power is proportional to the size of one’s chest.
So, we are the strongest exorcists ever!”

He had no idea what they were talking about. All he could think about was ‘loli with big boobs’…