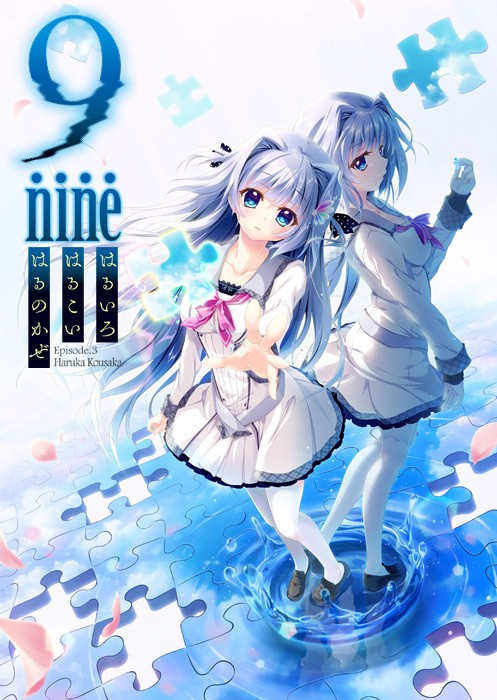 This is the third game in Palette’s 9-nine- series. Shiromitsugawa was a nondescript university town until a large earthquake damaged the sacred treasure of the local shrine and mysterious objects called ‘artifacts’ started appearing from a parallel world, granting special powers to those who possessed them.

Kakeru, his classmate Miyako, and imouto Sora invested the petrification incidents and discovered that the culprit was the owner of the ‘evil eye’ artifact. Along the way, they came across a rival group of artifact users who called themselves Rigveda, and one of its members was his senpai that he sees every morning, Haruka.