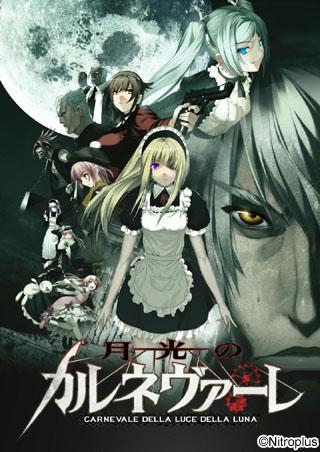 The story is set in Belmonte Calabro in Italy. Belmonte is the city of filled with Automatas and boasts the biggest number of Automatas produced a year.
Automatas are androids. Mechanical beings created from nothing. Most Automatas can be easily distinguished from humans due to their robotic faces but there are the Antique Dolls, which looks exactly the same as humans with only their eyes giving away who they really are.

You start off as Romeo, a slack taxi driver who absolutely stinks at going around the city with his taxi. Or that’s what he looks like from the outside.
But the truth is, he’s a runaway werewolf from the Orma Rossa, the only remaining werewolf clan.
He lives together with Anna, an Antique doll he picked up from the dump after he left the Orma Rossa. She doesn’t have any memory of the past. So she’s living happily with Romeo.

But pleasant times never continue for long. Orma Rossa do not feel like ignoring Romeo any longer and the group called Luparia (the archnemesis of the werewolves), is moving behind in the shadows. Romeo will find himself surrounded by both new and old foes. This time, their target may not only be him…