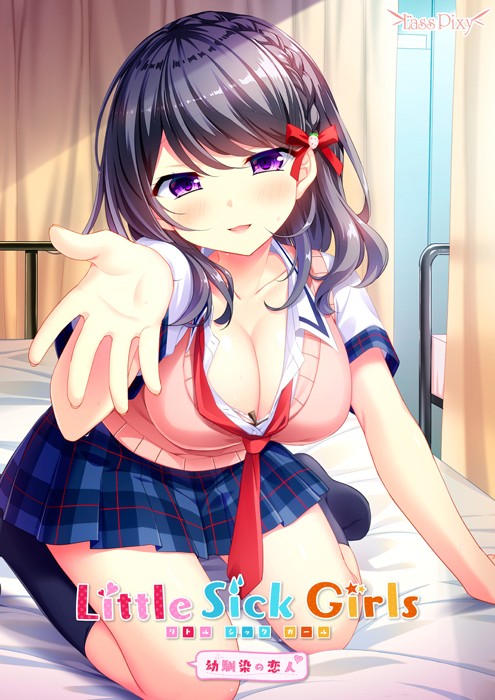 The second-year student Akito is a late-blooming yet stereotypical chuunibyou: engrossed in anime, manga and games, and able to recite lines from memory. Because of this, despite his good looks and attractive voice, he was viewed as a disappointing ikemen. However, he paid no heed to what he believed was mindless drivel and enjoyed his hobbies every day at the school’s anime and game club with his close friend Shunta.

Then due to a certain incident, his childhood friend and class rep Eri began to stay by his side at all times, devoting herself to him. He thought that it was strange and after seeing a specialist, she was diagnosed with the ‘dependence type’ of ‘Aphrodite Syndrome’ and labelled as a ‘Little Sick Girl’.