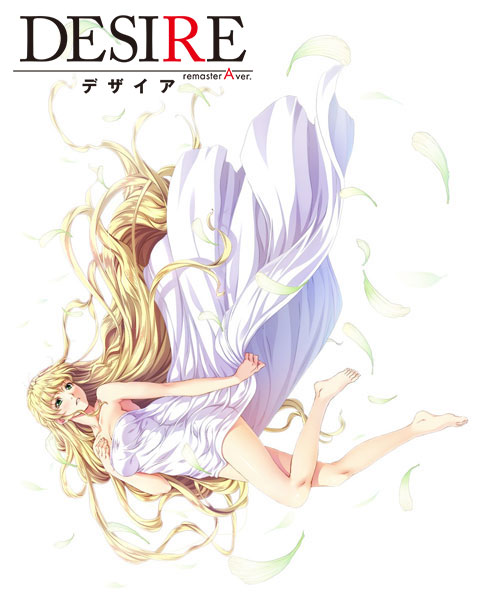 Adult version of the remastered edition previously released on PC and Vita, with sexual content reinstated.

In the southern ocean on a remote island is a huge research institute called “Desire”. An institute built by the large, world renowned financial group, Grandchester Foundation. It’s rumored they are involved in military-related research, but what it is exactly is kept a carefully guarded secret. For this reason, a journalist for SNT (Social News Time Network), Albert Macdgul (or Al for short) visits “Desire” in order to collect information for a story. He’s one of the rare few who have been granted access to “Desire”. So it’s in high spirits that he sets forth to complete his story. While at “Desire” he meets a girl named Tina, who is suffering from memory loss. She is destined to change his fate forever. Murder, bomb threats, mysteries shadowing her existence… How far will the chaos go? On the other hand, Makoto Izumi, technical manager at “Desire”, finds out how dangerous their research is, and asks her boss, Dr. Stella, to stop all the experiments. Then she finds out that someone on the outside is going to interfere with the research…