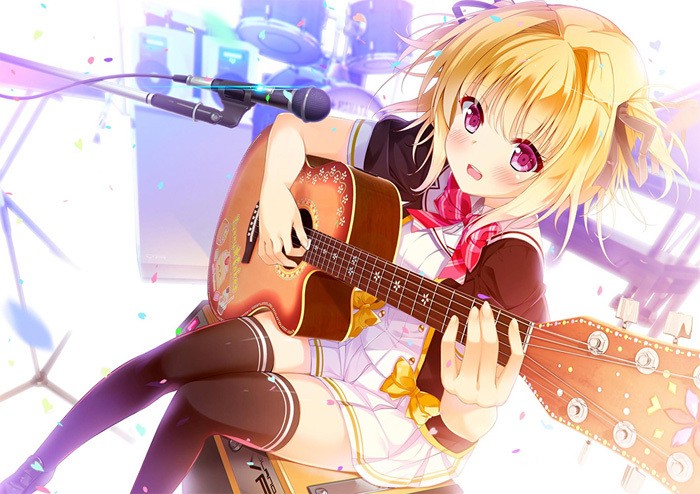 Shin’ya heard the sound of someone playing the guitar poorly while returning home and followed them to Hana, who was happily giving an amateurish performance in the park. After initially mistaking that he was hitting on her, she told him that she started playing the guitar because she attended his band’s show. She implored him to teach her how to play the guitar, but actually he was the drummer in the band. So their musical drama begins on the wrong note.