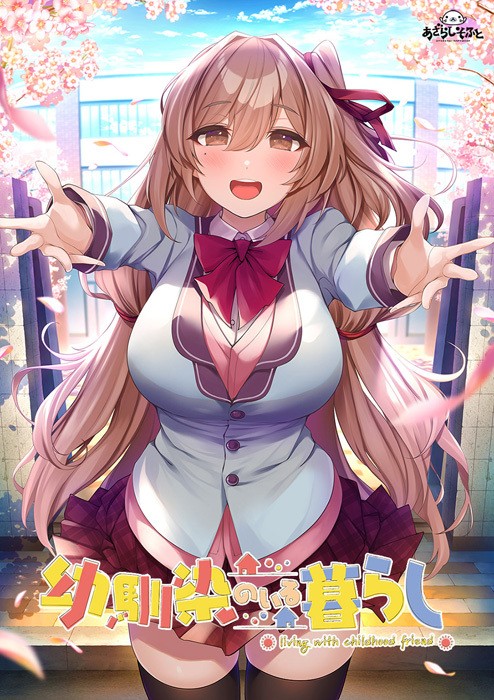 Spring
A season of exciting new encounters.
Kazuki Aikawa has made a decision.

He wanted to express his feelings to his childhood friend, Mauyuki Sakurazawa.

She has been like family to him since before he can remember, cooking meals for him instead of his parents who are often away.
I want to take the next step in my relationship with the girl who has been like family to me since before I can remember.
I want to take my relationship to the next level.
I’ve never been able to take the first step, but today is the day.

With that in mind, Kazuki calls Maizuki into the classroom after school and tells her how he feels.

The confession was accepted so easily that it was hard to believe.
He even asks her to kiss him out of the blue. ……

“Since we’re going out, Kazuki wants to do something like that too, right?
“What? We’re dating?

Maizuki has always thought they were lovers because she really liked him as a child.
Although there have been some subtle differences, they have now become real boyfriend and girlfriend.